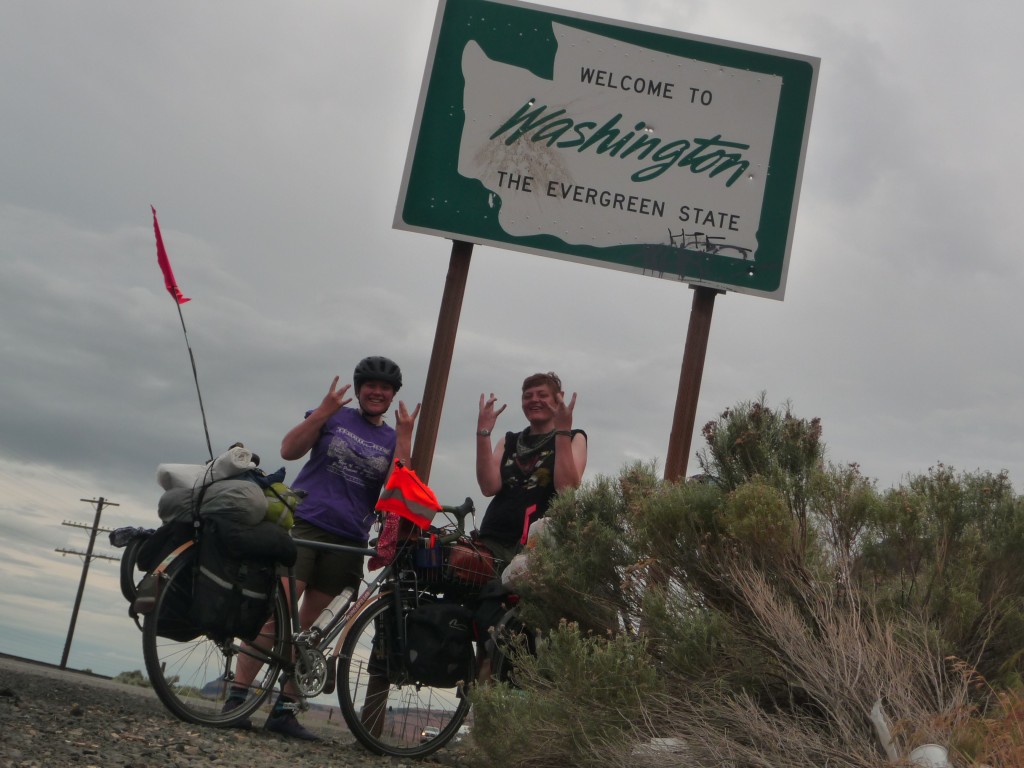 We made it to Washington, this time it’s for real.

Today we ended up in Walla Walla Washington, our second time in Washington this tour if you’ve been counting. Riding through the Gorge the last few days I got the sense that everything was melting and slowly dripping into the Columbia to be washed from memory. I suppose that is what geologists say is happening, but feeling it happen is different from knowing it is happening. I have lived in Oregon for most of my life, and I have many memories sturgeon fishing at Bonneville Dam with my dad, so the Columbia Gorge is not a new place to me–but it felt like an entirely new world on a bicycle. Liz, Beef, and I were amazed at the rapidity in which the landscape was changing around us. We pedaled through lush, waterfall laden forests to arid, scrubby ranch land. The East half of the Columbia Gorge is not tired or lonely, but those are the words that come to mind when trying to describe it. I like it out here. There is a tree in bloom that I am quite taken with. I believe it is a flowering lotus tree but I am probably wrong. Anyway, it is blooming like crazy out here and it smells like Jasmine and kisses.

We have been blessed time and time again this tour and it is only our fifth day. A man approached us earlier and though he was out of work, he gave us grocery money and said God put it on his heart to give it to us. We talked with him for a while and I was moved by the amount of love he had for his family, something that I could sense by the way he talked about them. He is expecting a grandbaby this year, its a girl. He said that we had the legs for such long tour–not like those spindly racer guys (his words not mine). We were also given showers, electricity,internet, dinner, and a place to stay out of the rain tonight by a wonderful couple here in Walla Walla. It never ceases to amaze me the generosity and love that can be found in strangers. It is a lesson that does good for the heart to learn. 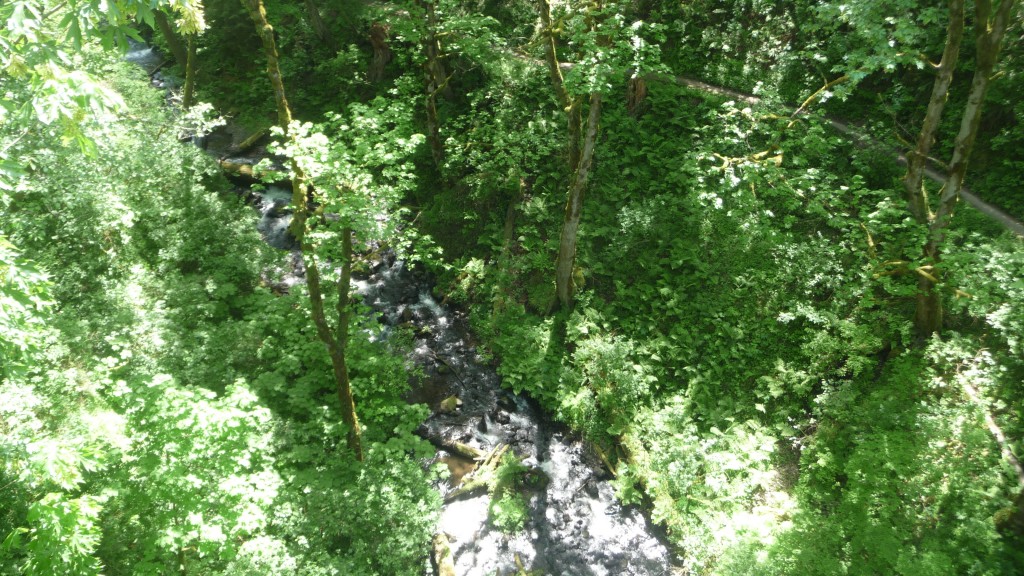 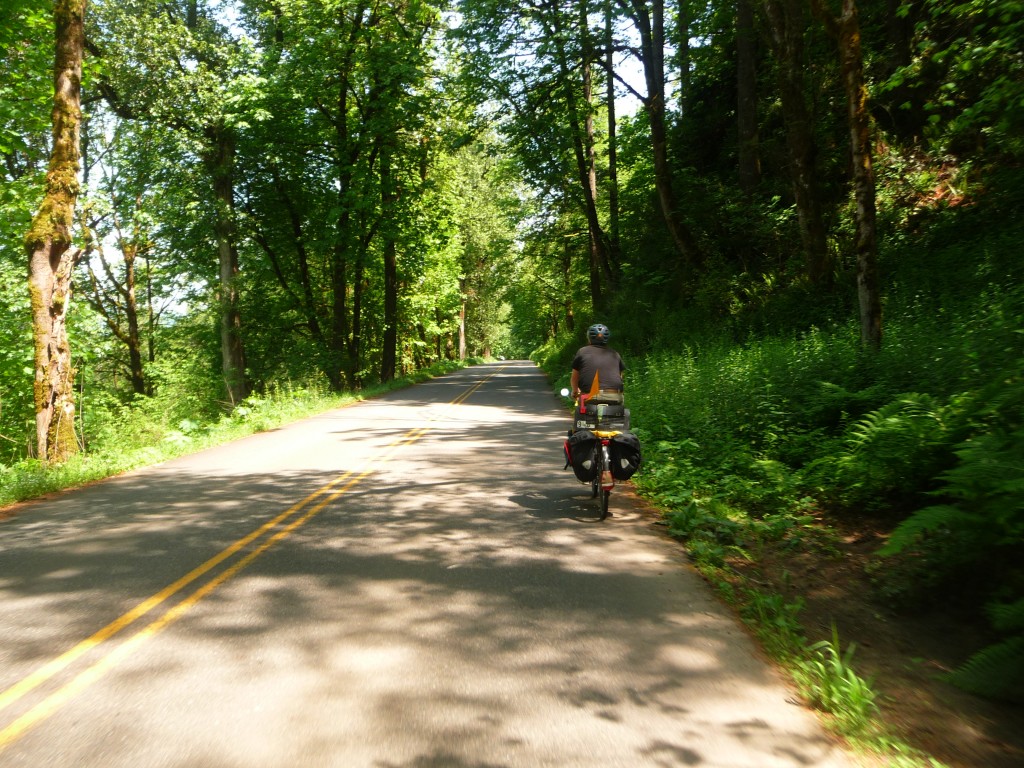 Lizz on historic route 30. If you have a bike, you must ride there. 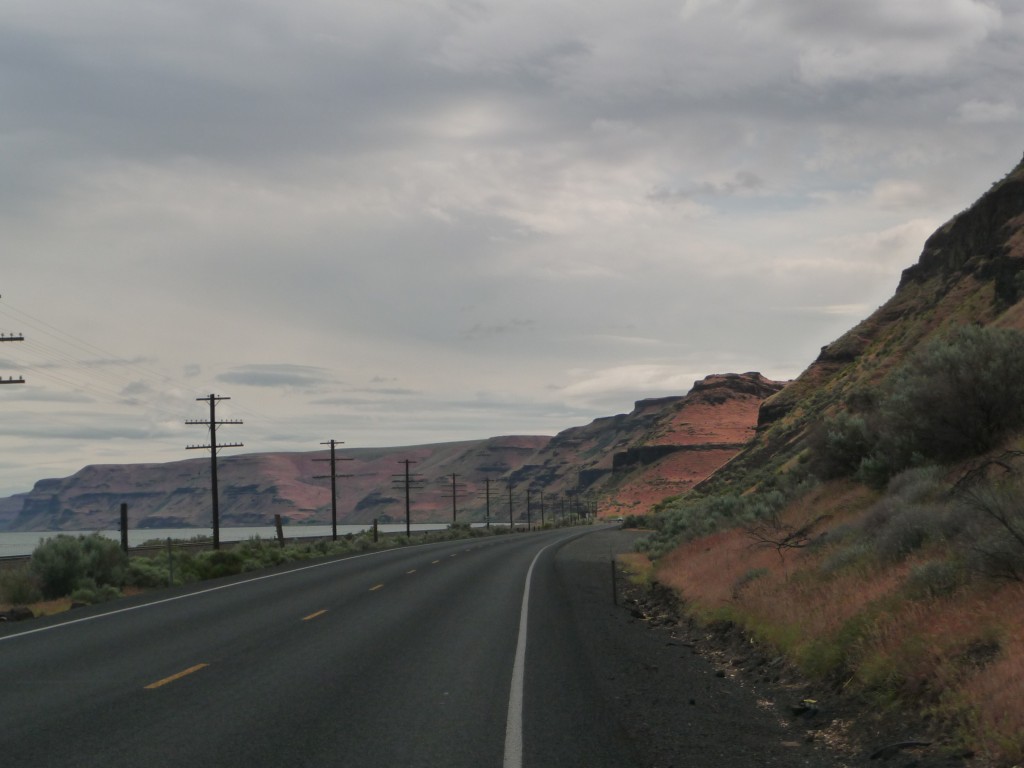 The Eastern half is a bit dryer, but still beautiful 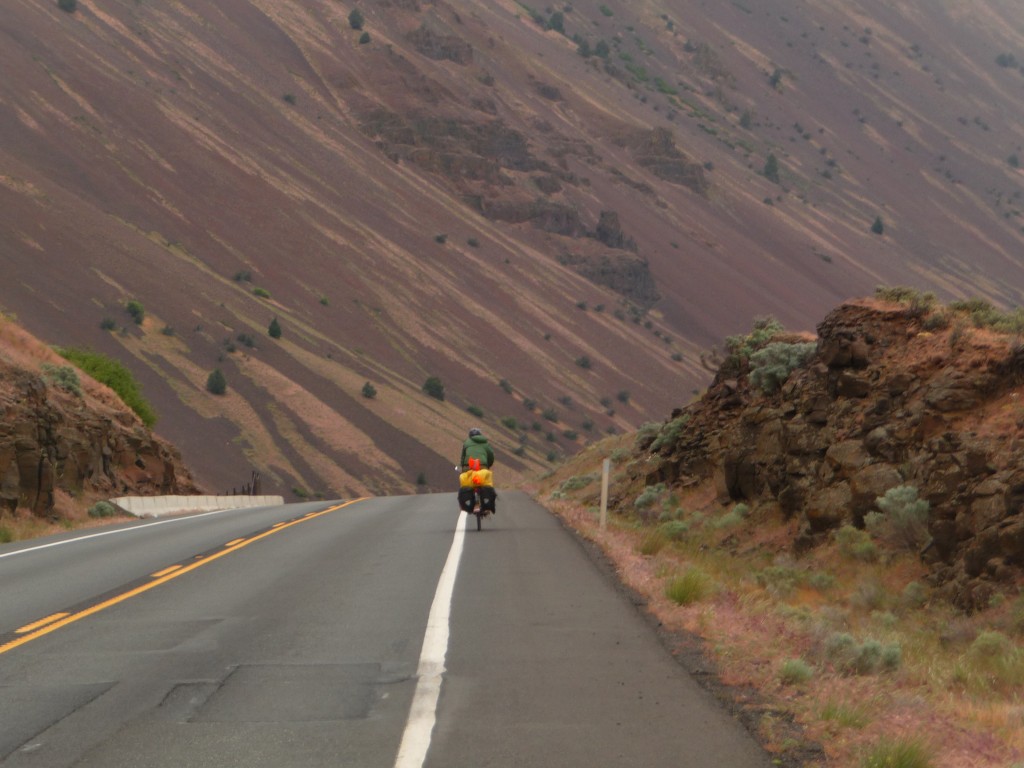 What started as terrible cross winds that sapped any coast we had going downhill, and which literally blew us off the road, quickly turned into tailwinds. We were able to get 81 miles in yesterday, though we are both feeling it today. We were hoping to come upon a McDonalds or a Walmart in Umatilla to loiter in for a while, but were sorely disappointed when we got there. No such luck. We ended up eating re-fried beans on Matzos with some taco sauce Lizzy’s dad gave us for dinner at the top of a hill that overlooked McNary Dam. 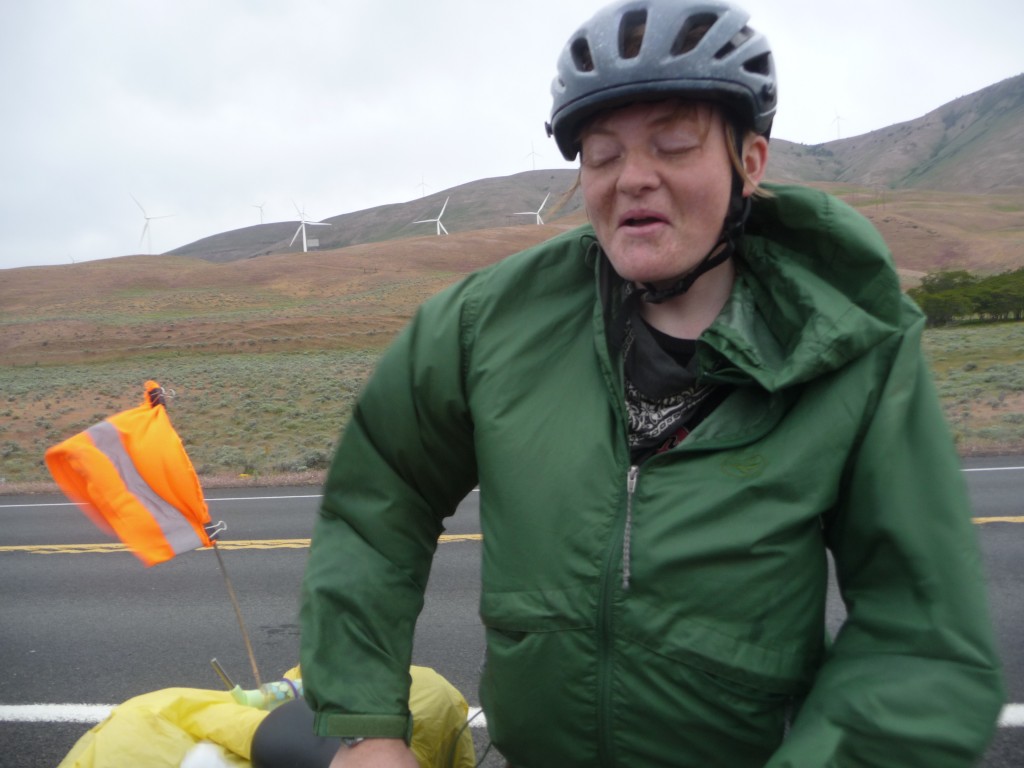 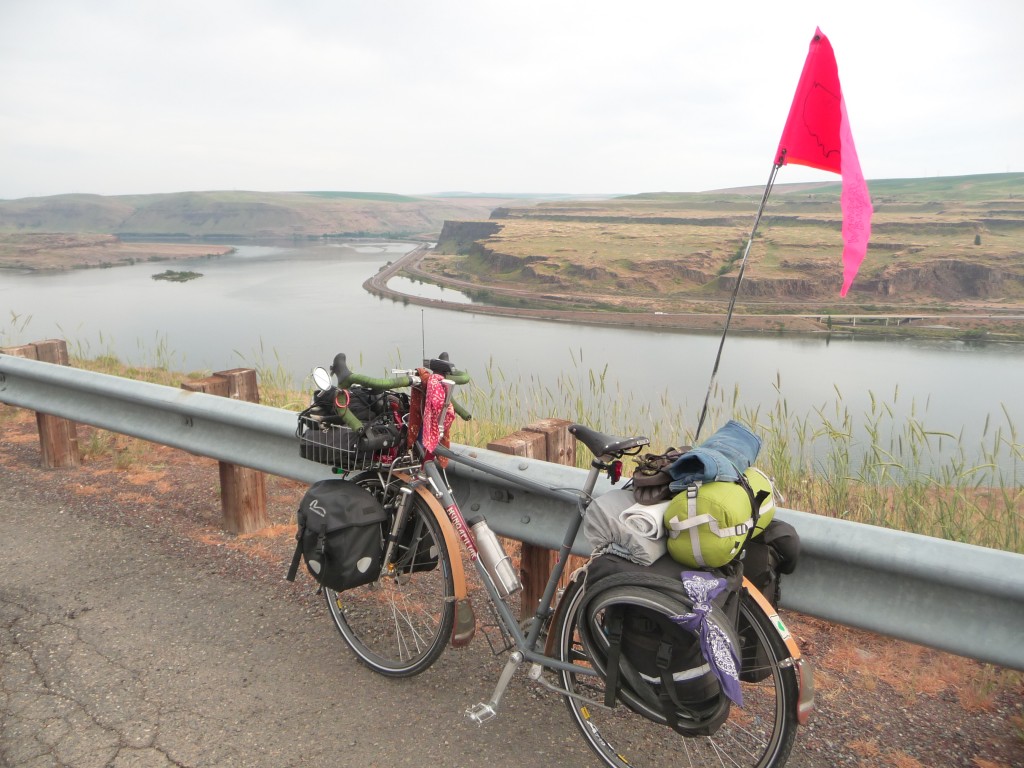 For a funny look at the crazy steep stairs on Hwy 30, click the video link below.

4 thoughts on “We’ve Got The Legs For It”