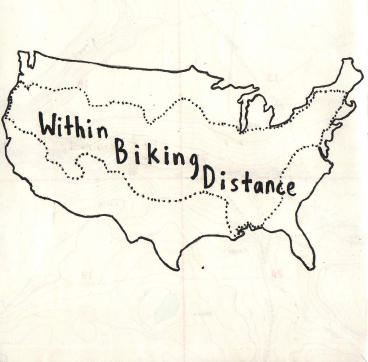 This itinerary was written by Haley

This is our intended route. The details will no-doubt change when we get on the road, but this is our plan. This nonsense will make better sense with a map in hand.

MAY: We will be leaving Portland Friday, May 8th 2015 and travelling along the Columbia River Gorge to Lewiston, ID. From there we will cut across Idaho and into Montana and hopefully end up in West Yellowstone. We plan to be in Yellowstone by the end of May (so yes, its going to be a bit chilly).

JUNE: We will head out to Sundance and Spearfish, and take the George Michelson Trail south through the Black Hills and into Nebraska, and back north to visit Wounded Knee, and Badlands National Park. We will head in a north-easterly diagonal across South Dakota, then into Minnesota, and south into Iowa.

JULY: From Buffalo (Niagara Falls), we will follow Lake Erie and then a more or less straight line to Portland, ME. We should be in Portland by July. From there, we are following the shore line into Boston, then Providence. It looks like we will take the ferry from New London, CN, to Long Island where we will ride into NYC.

August:The month of August will be spent in route to Pensacola, FL/ Ft. Walden Beach, FL. We will leave NYC via the train to Jersey City (which crosses under the Hudson River) and head south into Trenton and Philadelphia, then to Delaware, Baltimore and Washington DC. We might spend a day or so in the capitol. We will cross Virginia into Winchester WV. From Winchester, we are drawing a more or less straight line to Pikeville, KY, then south to Norton, VA; Kingsport, TN; Asheville, NC; Greensville, SC; Athens, GA; Eufaula, AL; and then Ft. Walton Beach, FL. We intend to arrive at Pensacola, FL, on the 24th and stay through the 26th. We will leave via the coastline into Baton Rouge, LA and New Orleans. (We may be staying with one of Lizzy’s relatives in Baton Rouge).

September: We will head north Coffeeville, KA, and then directly south to Tulsa, OK. We will be staying with Lizzy’s family there. We will then make a straight line to Dalhart, TX.

October:Depending on how ahead or behind schedule we are, we may or may not go south to Santa Fe, NM. Either way, we will head through New Mexico to Durango, CO, and then to Monticello, UT. Again, depending on schedule and weather, we will either head north through Grand Escalante and around Southern Utah, back into AZ and to the South Rim of the Grand Canyon, or make a more direct route from Monticello, UT, to Tuba City, AZ, and then to the South Rim. The northern route is the preferred. We are meeting my momma at the Grand Canyon because it is her most favorite place on earth. Hopefully there will be some backpacking.

We will leave the Grand Canyon and head to the Hoover Dam. We will probably head to the outskirts of Las Vegas in order to replenish supplies.

November: We will cut through Death Valley, CA, and, depending on the weather, either cut through the back of Yosemite Park, or circumnavigate the park and head to the bay area. We will be staying with my family in Vallejo and Napa and take some day trips to San Francisco and Walnut Creek. We will stay in the area for a week or so, lighten our packs as much as we can spare, and hightail it back to Oregon. We are planning on following the west side of the I-5 corridor to Redding and then cutting to 101 in order to avoid Shasta. The other option is to end the tour in Vallejo and let my family drive down to get us (because they want to do that—but that feels a little incomplete, it is after all the Portland-To-Portland-To-Portland  tour. This is just to say that I realize October and November are going to be cold and I haven’t quite figured out the warmest ride back to Oregon).

The route is quite important because it is the most efficient way to touch each state (and see what we want to see) and also the best way we can fit the tour into the Earth’s weather patterns.  But, it is impossible to say that this is the exact route that we will follow. Right now, we are looking at a total just around 10,000 miles and 184 travelling days.

Here’s where we are and where we’ve been:  WBD Mileage tracker 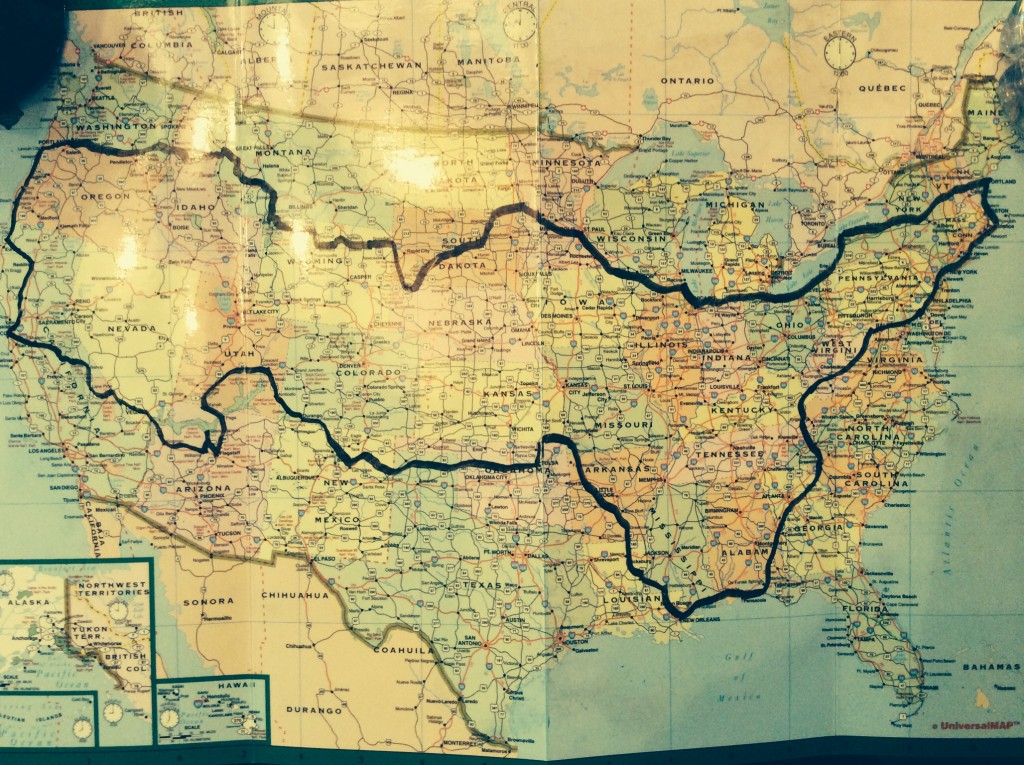 big picture! because… because we can.
This error message is only visible to WordPress admins